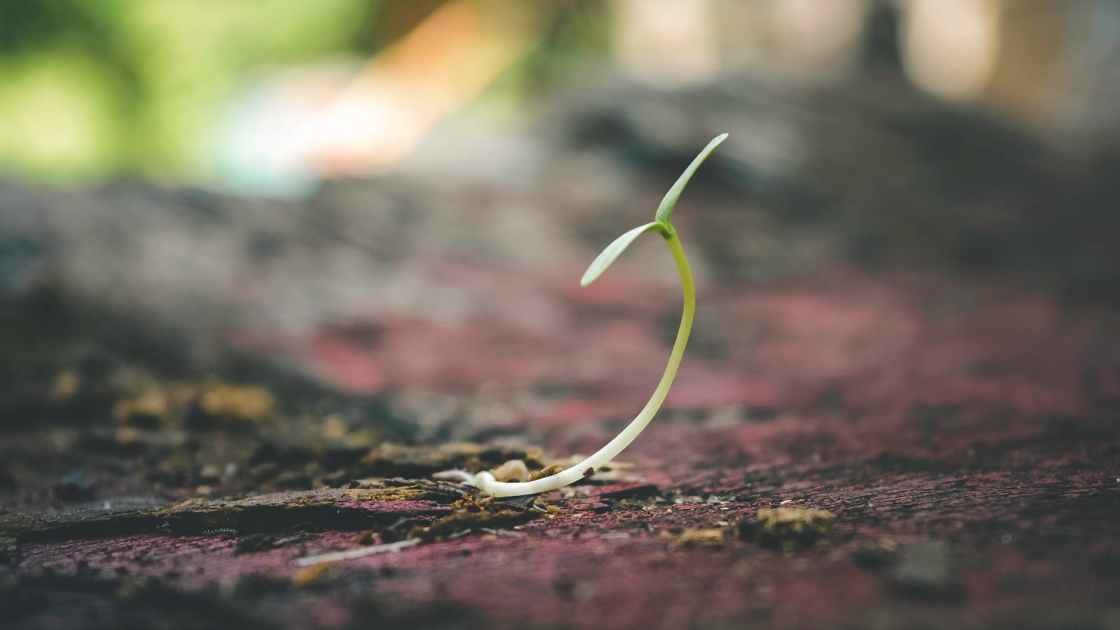 I got a bag of dirt from Tractor Supply the other day. Well, it was Grow-in-a-bag basil, so not JUST dirt. It was a plastic bag full of NECCO wafers of dirt, a tiny bag of seeds, a popsicle stick, and this plain ziploc bag called a “greenhouse cover”. This self-contained forest sat, sealed, on the table for a long time until Saint Patrick’s Day.

We were all going out to a Saint Patrick’s Day party at church; I was looking forward to it. I was going to wear ankle boots, and we were going to enter Mimi’s Greater Boston Irish Stew into an Irish Stew Competition—the crockpot had been simmering, filling the house with an amazing smell all day. I took Drew’s hand, Thom took the crockpot, and we began the journey down the apartment stairs. Unfortunately, we didn’t make it that far. Drew didn’t want to go downstairs holding MY hand—because, for as long as he can remember, he’s walked downstairs holding DADDY’S hand. And this was unacceptable.

The tantrum that followed was epic. So loud—the wails and screams were banshee-quality. After a few minutes, he didn’t even care about who held his hand; it was the principle of the thing. Long story short, Thom took the stew to the party and I stayed home with Drew. I think he went to bed at like 5:45 that night, and was asleep shortly after, exhausted from the throwing of a legendary fit.

When he was asleep, I started feverishly cleaning and folding laundry in the yellow light of not-quite-sundown. I think my hands worked without my mind’s input, as I tried to lose myself in work and forget the wretched events of the last two hours. And because nothing else was going on, I got out the basil bag and decided to finally plant it…or assemble it. It was kind of like making rice-a-roni…little bags, big bag, stir, wait. This can’t be too hard, I told myself; time to do something on the list— keep an edible plant alive.

I watered the NECCO wafers of dirt, shook the tiny seeds into the soil, and then put the whole thing on the top of a shelf for a week. I checked it every couple of days to see if the seeds had sprouted; it took exactly one week.

See, that’s the thing about seeds, I finally realized yesterday: you plant them, and then you walk away. I can put them in the ground and water them, I can make sure they’re in a place with sunlight, but I can’t make them grow. That is something that happens when I’m not looking, and I have zero control over it. Even if I COULD control it, I wouldn’t know how.

What do the two things have to do with each other? Well, the other day I was sitting in church with Drew; we were all singing this great old hymn and he was munching on a cupful of crackers (he can’t get through church without a snack). I was saying my regular prayers for him, my hands on his blonde head. I don’t remember what it was that stopped my mind in its tracks, but I realized that I was praying for the wrong things.

My prayers crumbled in my hands and I just offered this small one— “Lord, bring him to You.”

That’s been about all I’ve prayed for Drew these past couple of weeks. And he’s had some really good days. And the basil sprouted—a tiny little speck of bright, vibrant green, that stretched above the dirt overnight. It was only a week’s worth of patience, and only a tiny sprout, but I’ll take what I can get.

So I pray for my son, and I read to him and talk to him, and I sing songs with him and take him places…and I wait and wait and wait. The hardest part is knowing I can’t make him grow. Only God can do that. Please, Lord, make him fertile ground. And don’t let me ruin everything.