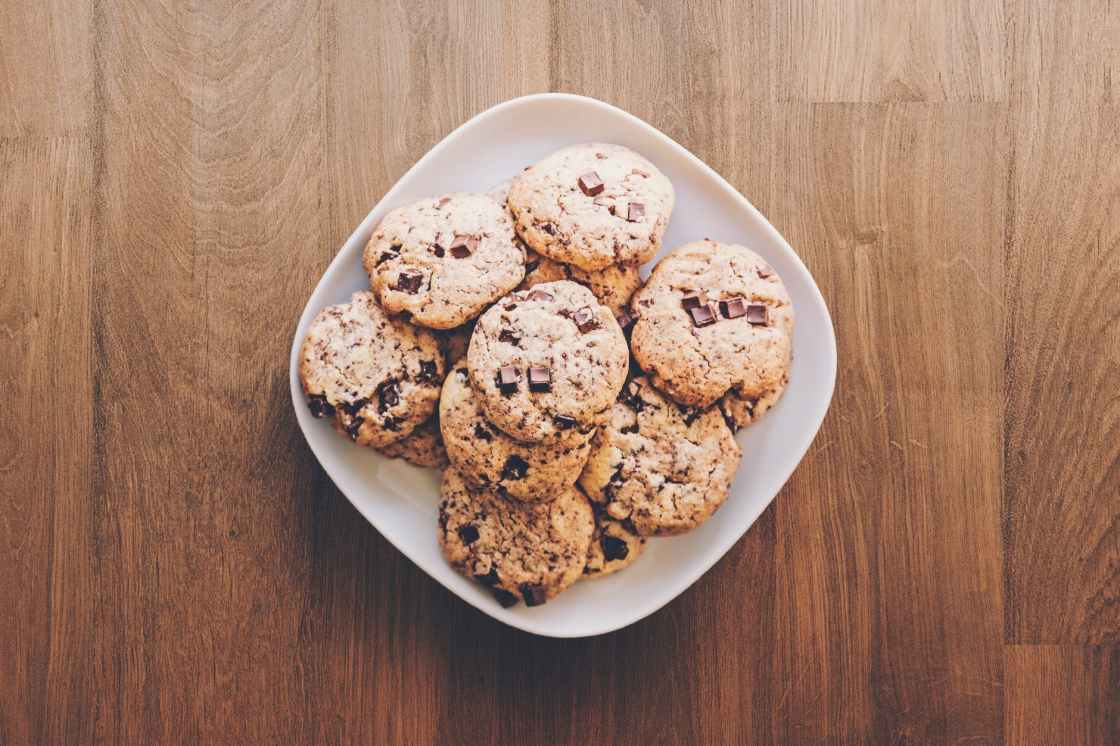 So this is just going to be a short post: my in-laws are in town and we spent a lovely time with them at a rental house, showing them all the local spots they’ve already seen and filling them up with barbecue and my dad’s lemon pie.

For those of you who don’t know my in-laws, here’s the quick character summary: my father in law wears golf clothes, talks fast, handles loans at a bank and has opinions about Mexican restaurants—Southern California vs. Tex Mex. My mother-in-law is quiet, works with first graders, doesn’t like having her picture taken and always shows up with cookies. In fact, we’d been telling Drew about the cookies Mimi was bringing for the past 2 weeks. And now I have a bunch of pictures of Andrew, covered in chocolate chips from his nose to his neck.

When my mother-in-law is in town, she spends all the time she can with Andrew—it would be great if I could say he was pleasant most of the time, but we all know that isn’t true. As I work to expand my food horizons and “not freak out”, Andrew’s goals at the moment are to eat as few vegetables as possible and get the most attention in the least amount of time. But you wouldn’t know it to see his Mimi with him—she sits there happily reading him book after book, picking up puzzle pieces he drops, and forgiving him while I’m midway through a “what is your problem?”-type conversation with him. Drew has ALWAYS loved his Mimi, from the first day he met her, ten days after he was born.

My own mother did her best all last week while I was in Ireland to teach Drew to say, “Love you Mimi”, but it just came out “cookies?”

It’s weird how mothers who used to flip out about health and safety become grandmothers who hand out cookies. My mom made her own super-healthy bread (she was one step ahead of the trend), and never fed me anything bad for me, and I know she gives Drew cake as often as she has it. Mimi is probably way more patient with Drew than she was with Thomas, and not because Thomas wasn’t insufferable.

I look at the women in my life who have already raised their children and it seems like it takes forever to get there—an entire lifetime of potty training that turns into shoe-tying that becomes homework help that morphs into dating advice? It seems like it’s going to be so hard. And that’s if I remain as awesome as I am right now, which we all know…may not happen. Especially if I continue eating the amount of chocolate I’ve eaten the last couple of days (it’s the weekend, relax.)

At the same time, I know that the time will be shorter than it looks. My mom and Mimi both seem way too young to be grandmothers. And that freaks me out, because it reminds me that my son, at any moment, may be making a memory of me. And it may involve getting lost under overpasses halfway to Dallas and ending up on closed roads.

Sometimes I ask myself what I want—this is what I want. I want to go see my son and his wife someday and I want to snuggle with their son. And I want them to like it when I make cookies.

When I was in Ireland, it was International Women’s Day on Thursday and Mother’s Day on Sunday—they have it on a different day over there. And I was at this Pentecostal church in Galway, listening to my father preach. The regular preacher got up to pray a Mother’s Day prayer, and we all bowed our heads while this beautiful Irish voice said, “Lord, we thank you for these mothers, and for the children they have borne. We pray that the desires of their hearts would be fulfilled…and we know they can have no greater desire than to see their children walk with you.”